Back to all articles

SARES•REGIS Multifamily Value-Add Fund II, L.P. (SRMF VA-II) has recently acquired The 20 on Hawthorne, a 51-unit Class A apartment community built in 2009. The property consists of a four-story podium building with three onsite retail spaces. The 20 on Hawthorne is located in Portland’s popular Hawthorne District. The property is in a bustling pocket of the city, has a walk score of 91 and enjoys a thoughtful mix of neighborhood eateries, shops and entertainment venues. Residents have an easy walkable or bikeable commute to the Central Eastside District (less than 1 mile), Central Business District (2 miles), and OHSU (3.4 miles). These areas combined have over 128k employees in industries ranging from healthcare to tech startups. This number has the potential to double in the next seven years. The Hawthorne District and Central Eastside are supported by a multi-modal transportation system that includes buses, streetcars, roadways, bikeways, and trails.

The property offers a mix of one and two-bedroom open floorplans with wood flooring, 9’ ceilings, washer/dryers, granite countertops and custom cabinetry. The property was built and certified LEED Gold by the United States Green Building Council, something that is incredibly valuable to Portland’s young and environmentally conscious residents.

The 20 on Hawthorne is an incredible asset in a market that has seen few transactions in recent years. There is a limited development pipeline due the recently implemented Inclusionary Zoning, furthering the demand for rental housing units in these hot and booming areas of the City. According to CoStar, employment and population growth far exceeded the national average in 2016, and income growth was nearly 200 basis points above the national average. 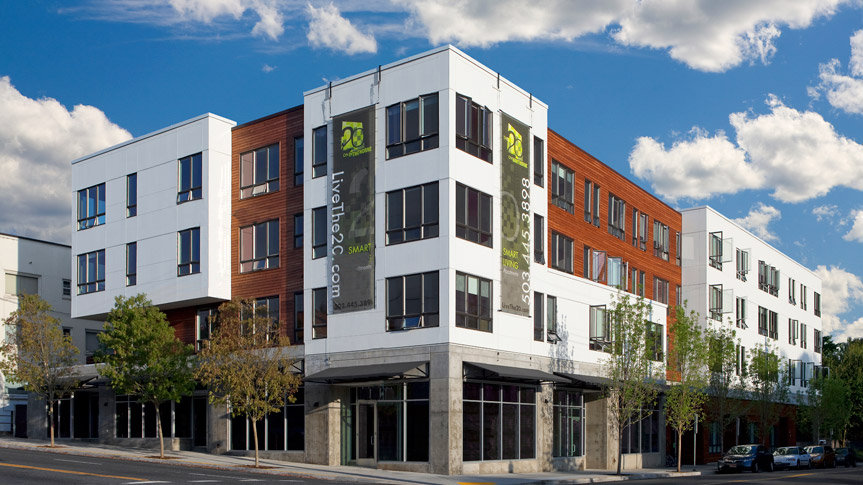